Today we said goodbye to our dog Sam. He was a little over 12 years old and the first dog I’ve ever owned.

Marsha and I got Sam in Nov 2007 when he was just a small pup. We were informed he was a husky collie mix but his breed was always in question. People would regularly stop us to inquire about Sam because of his unique look. While walking him through our neighborhood I once had a car stop in the road to ask us his breed.  Whatever it was he grew to a massive 100 pounds. But despite his intimidating size Sam was a gentle giant which most people immediately picked up on. He was also highly intelligent. It wasn’t long before Marsha had taught him several commands. Eventually mere gesture were enough to communicate intent. We really couldn’t have asked for a better dog and I’ll forever be wondering what exactly he was. For now I’ll conclude he was our luck dragon.

Sam was with us throughout many of life’s adventures; our first house together, the move from Liverpool to Cicero, a career changes for each of us, the entirety of our kids lives, and every single camping trip. No matter how stressful or exhausting life became we knew we could always return home and find Sam happy to greet us at the door. He was always by our side and his presence was uplifting.

I’ll miss Sam the most at camp. As he matured we’d often keep him off the leash. And although he’d steal the occasional bit of food left unattended (once an entire pack of hot dogs), we knew he’d mostly remain nearby and was treated by all as a regular member of the family. Countless vivid memories fondly remind me of our time together; hiking through forests and foraging for wood, unknowingly wading through algae infested waters after an encounter with skunks, strolling through moonlit fields, exploring the colored districts and flooded shorelines of Brennan’s Beach, and playing in the streams of Yogi Bear as shooting stars rained down above. Having Sam as a companion gave me an excuse to escape. Late at night, long after others had gone to sleep and the fire was dying down we’d often go for long walks through the campground. I’d remove his leash and let him lead the way while following behind. Together we explored the world while most of the world was asleep. Sometimes I’d get overcome with sadness knowing our adventures would soon be coming to an end.

This past year had been noticeably difficult for Sam. He had already stopped going up flights of stairs a few years back, forcing us to lift him in and out of vehicles and the camper. But recently it became difficult for him just to stand up, and he’d sometimes collapse to the ground or struggle to climb the stairs of the back deck. A casual walk around the block became seemingly exhausting. The change in behavior in Sam was abrupt as well. No longer did he greet us at the door with a wagging tail or seek out our affection. These days he would mostly lay motionless around the house while ignoring company altogether. It was easy to forget he was even present.

Making the decision to have him put to sleep was emotionally difficult and has left a hole in me. But this family will forever cherish the years Sam spent with us. He was a good boy and a loyal companion. 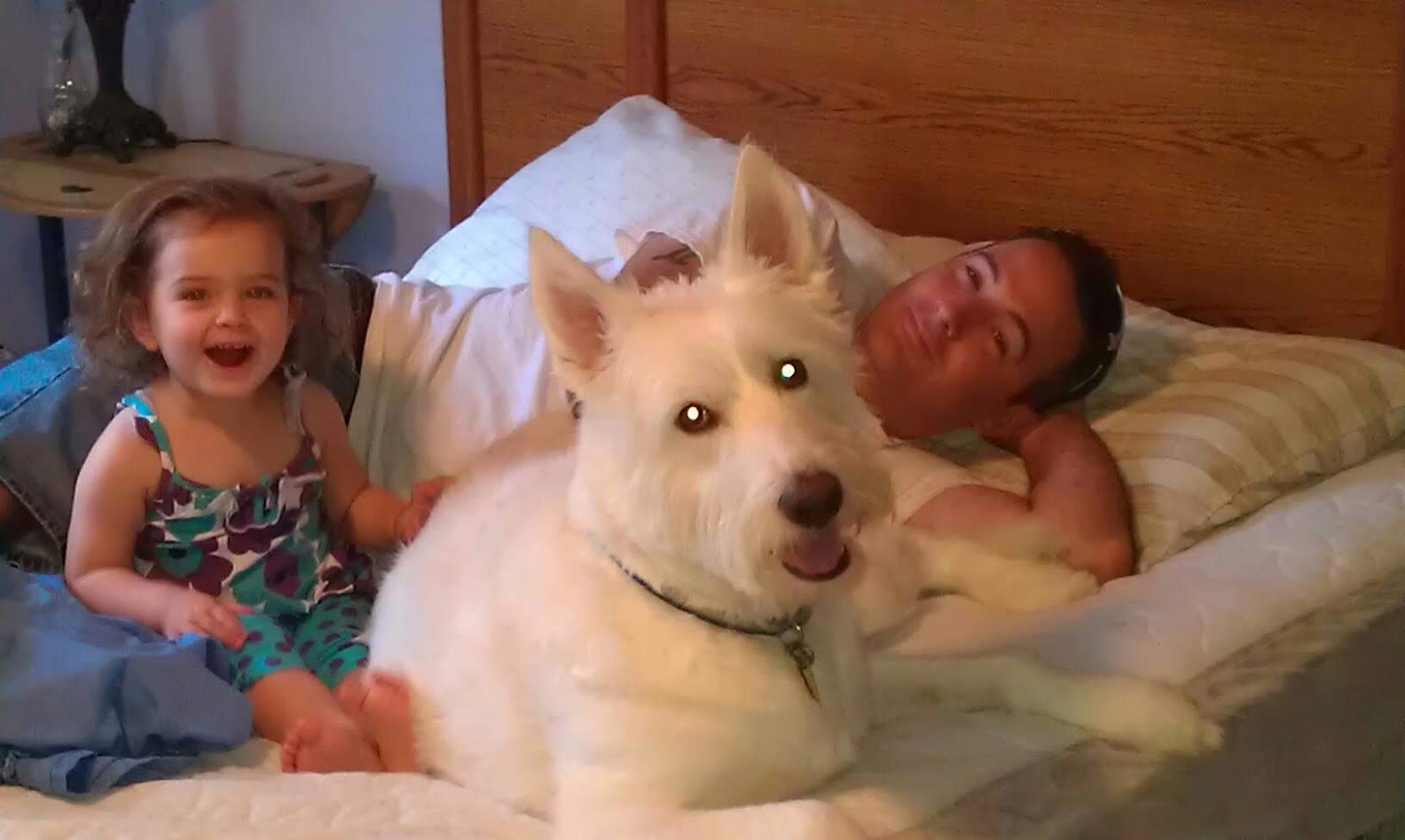